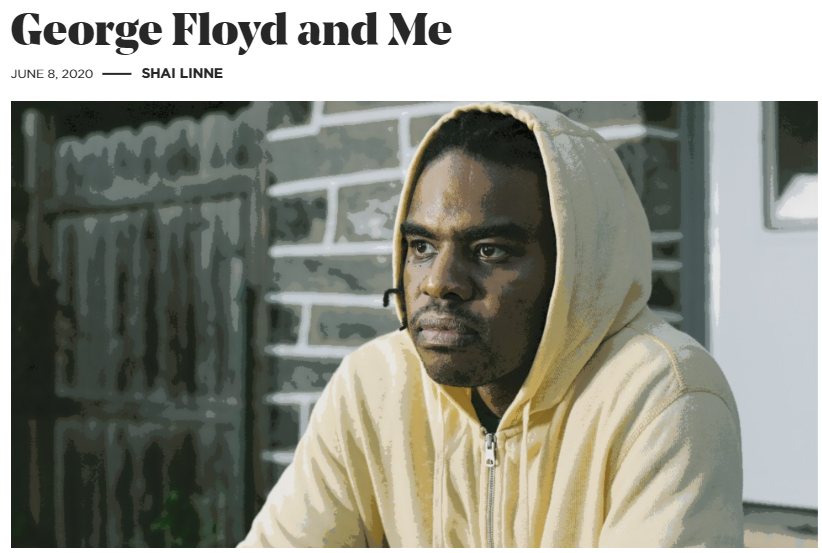 ARTICLE: George Floyd and Me

By Shai Linne | GospelCoalition.org
Published in June of 2020

KEY QUOTE: “This is about how being a black man in America has shaped both the way I see myself and the way others have seen me my whole life. It’s about having what feels like genuine fellowship with my white brothers and sisters who share the same Reformed theology—until I mention racism, injustice, or police brutality, at which point I’m looked at skeptically as if I embrace a ‘;social gospel’ or am some kind of ‘liberal’ or ‘social justice warrior.’”

DID YOU KNOW? We have distilled the media we have curated into guided learning paths to help you learn about racism in your preferred learning style.

Read the full article at TheGospelCoalition.org

Although the anti-critical race theory rhetoric didn’t really begin in earnest until 2020 (hint: an election year), the groundwork was being laid back in 2018 by evangelicals on blogs, speeches, and sermons. Reporter Andre E. Johnson traces the roots and motivation of white evangelicalism becoming obsessed with opposing CRT.

END_OF_DOCUMENT_TOKEN_TO_BE_REPLACED

ARTICLE: I’ve Been a Critical Race Theorist for 30 Years. Our Opponents Are Just Proving Our Point For Us

Co-editor of Critical Race Theory: The Key Writings That Formed the Movement Gary Peller says that the vehement backlash against critical race theory makes is readily apparent why critical race theory is needed. Using simple, real world examples Peller details how CRT can help analyze social practices (policing, education) and how they are affected by racism.

END_OF_DOCUMENT_TOKEN_TO_BE_REPLACED

ARTICLE: In This Fraught Racial Moment, We Need a Refresher on Human Depravity

Priest Tish Harrison Warren argues that the church’s response to racism should be different then the worlds – we should be able to admit systemic racism while also moving past the guilt and shaming of others and ourselves. We love the both/and worldview of this article.