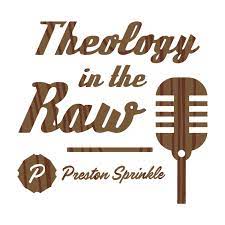 SUMMARY: In a vulnerable and nuanced discussion about CRT, politics, and the church, host Preston Sprinkle and Dr. Ed Uszynski discuss finding the “transcendent middle.” They also identify that the Christian approach to critical race theory (CRT) is often met with a lack of empathy and theological understanding of justice . Skip to the nine-minute mark to get to the meat of the interview.

KEY QUOTE: “There is a conversation that is happening in the greater culture that is heading into a particular direction, that is being fueled by a particular language and systems of thinking – the critical theory, and Marxism, identity politics that is all part of the battle that is happening – systemic racism, police brutality… it is over there being talked about in secular culture. Inside the church we should have some different language. We should have a theological understanding of justice. For example, we should be immersed in care and concern for vulnerable populations regardless of color, gender, and background. We should robustly be able to think about what it means to care for the least of these… That is a Biblical idea that we should be immersed in theologically and Biblically, but I don’t think that is happening for most Christian people. I think most Christian people are engaging those issues, if they are doing it at all, with the secular stuff and don’t recognize we need to separate ourselves and think it two different lanes.” – Dr. Ed Uszynski

DID YOU KNOW? Sunday to Saturday has curated topical playlists on Listen Notes where you can subscribe and listen to them in your favorite podcast player.

Big Brown Army host DeCruz and critical race theory expert Bradly Mason have an in-depth conversation where DeCruz asks several honest, poignant questions about CRT. Mason has clearly done a lot of research on CRT and we appreciated his nuanced answers. We particularly liked when he pointed out that as Christians we don’t have to accept or reject CRT part and parcel as we rarely do that with other issues. We also liked that he recognizes that before starting a conversation terms must be defined because the uses and definitions of certain terms can be very different to another individual.

END_OF_DOCUMENT_TOKEN_TO_BE_REPLACED

Although the podcast starts off a little goofy, Phil Vischer, Skye Jethani and Kaitlyn Schiess discuss the wholesale rejection of critical race theory in a meeting between six southern Baptist presidents. The real meat though is in the interview ( where we recommend you start — skip to 43:19) with David Fitch who says that critical race theory, and all critical theories for that matter, are good diagnostic tools, but they must not be divorced from a Christian view of justice. The interview provides a succinct, nuanced history of critical theory that does not throw the baby out with the bath water.

END_OF_DOCUMENT_TOKEN_TO_BE_REPLACED

Christian apologist Neil Shenvi and pastor of The Bridge Church (Brooklyn, NY) Rasool Berry debate the many definitions of critical race theory – what it is, what it isn’t, the nuances, and the sticking points. Shenvi and Berry role model what is it like to have a conversation with a fellow Christian, but disagree about aspects of a certain subject. Skip to 2:45 to get to the interview.