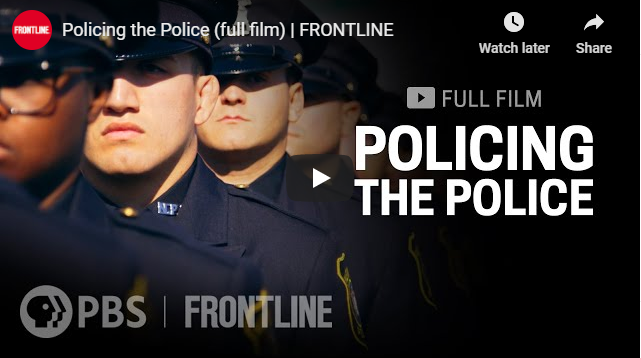 KEY QUOTE: “Changing the culture – that’s the biggest challenge. Getting officers to buy in – there’s a new way of policing; policing has evolved. That’s the hardest part. You know, and that’s with anyone that’s been stuck doing one thing one way for 20 years and saying, “Look, this is how it should be. We’ve done it wrong, now we can get it right.”

A short two minute explanation of what one theory of defunding the police means. This is the type of “defunding” that we can support.

END_OF_DOCUMENT_TOKEN_TO_BE_REPLACED

SHOW: A Conversation with the Police – Uncomfortable Conversations with a Black Man Ep. 9

Whew! This is an intense 23 minutes. Hats off the Emmanuel Acho and the Petaluma Police Department for talking with each other and role modeling what it takes to make change – sitting down together and asking and answering difficult questions.