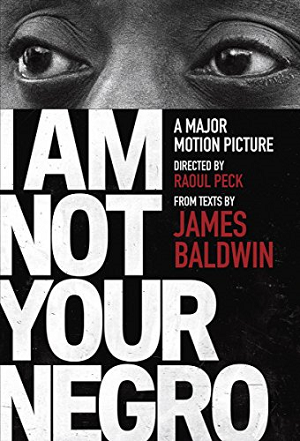 MOVIE: I am Not Your Negro

SUMMARY: Actor Samuel L. Jackson reads from author James Baldwin‘s unfinished manuscript Remember This House over video clips and pictures from the sixties. Baldwin’s criticism of white America hits right to the core – especially for the white church. Presented in the vein of a Ken Burns documentary. Though most of the footage is over 50 years old, it could have come out of today’s headlines. If you are watching on Amazon Prime, pause the movie and use the x-ray feature to learn about the lesser known historical figures. Note that there are graphic images.

KEY QUOTE: “What you have to look at is what is happening in this country. And what is really happening is brother has murdered brother knowing it was his brother. White men have lynched Negroes knowing them to be their sons. White women have had Negroes burned knowing them to be their lovers. It is not a racial problem. It’s a problem weather or not you are willing to look at your life and be responsible for it and then begin to change it.” – James Baldwin

BONUS: Don’t have time to watch the movie? Listen to the Truth’s Table women discuss the movie.

At first glance LA 92 is a history lesson about the Los Angeles violence in 1992 following the Rodney King verdict, but just below the surface is a warning and a call for Americans to wake up. For hundreds of years Black people and people of color have complained about police brutality and, unfortunately, most…

END_OF_DOCUMENT_TOKEN_TO_BE_REPLACED

Musician Daryl Davis has made it one of his life’s missions to answer the question ‘why do you hate me when you know nothing about me?’ by sitting down and talking with white supremacists and members of the Klu Klux Klan. Over multiple decades Davis has befriended numerous members of the KKK by listening and…

END_OF_DOCUMENT_TOKEN_TO_BE_REPLACED

MOVIE: All In – The Fight for Democracy

For many white Americans the right to vote is seemingly implicit, but the reality is that there has been, and continues to be, a focused effort to suppress voting – especially in communities of color. In fact, America was founded on voter suppression as only property owning white men could vote when the Constitution was…