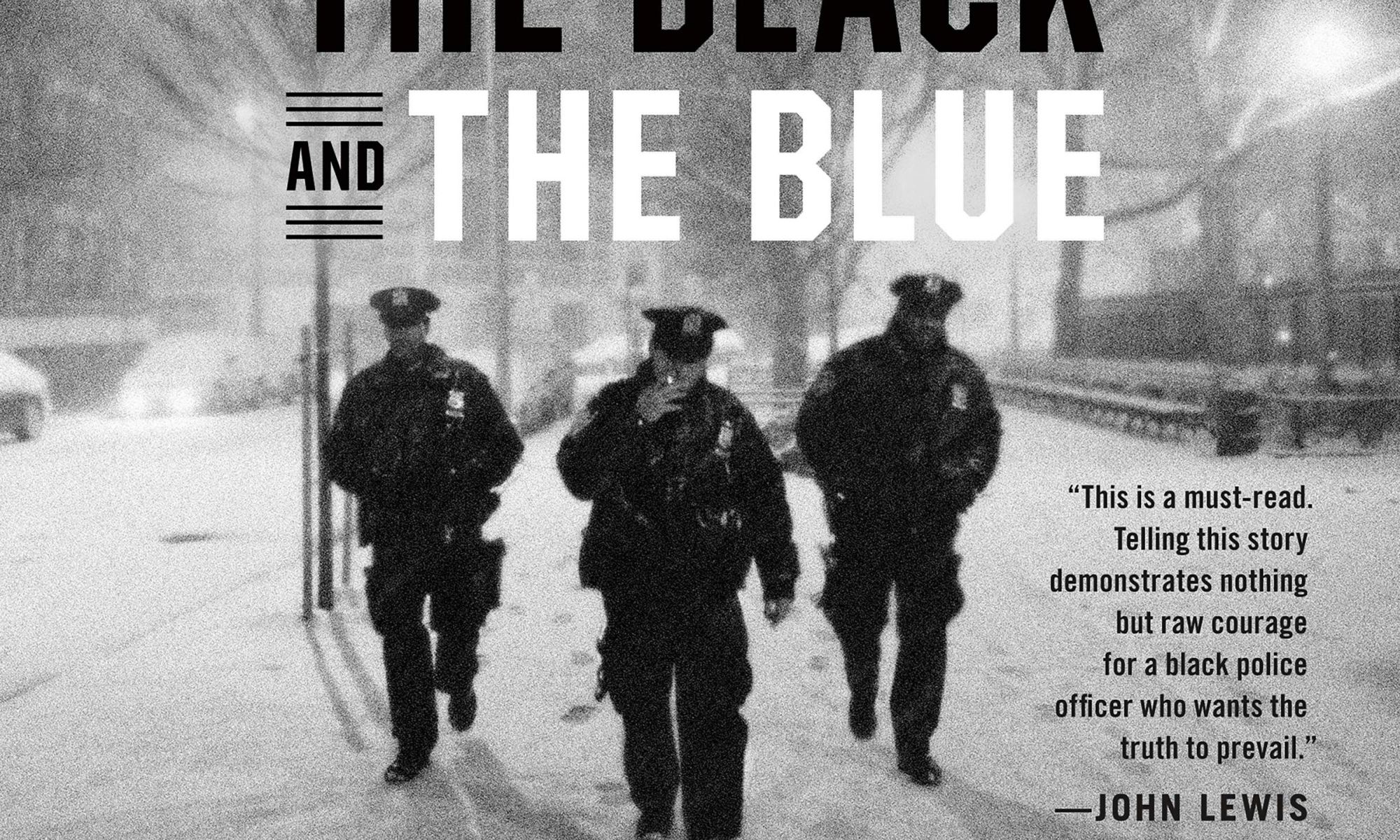 BOOK: The Black and the Blue

“As a career African-American law enforcement officer, I’ve literally lived on both sides of the barrel, my finger on the trigger, one second away from using deadly force in one case and, in the next, as a black man with a police officer’s gun pointed at my face, a blink away from being killed.”

Horace says America’s policing system is broken due to relaxed hiring practices, insufficient training, and public policies that are implemented by local, state, and federal agencies that dictate the role of policing in communities.

“Cases of police misconduct, inappropriate police shootings, racial profiling, and police ‘mistakes’ point to much broader, systemic issues, rather than just a few bad apples,” Horace writes. “Too often, they reflect a culture of disregard among police for the people they are paid to serve, an us-against-them mentality that affects us all.”

This broken police culture has deep roots in racism that ingrained an attitude in America’s police force that often sees the people they police as “other.” This history needs to be acknowledged before healing can begin.

“Even as African-Americans became cops, we were segregated and discriminated against at every turn,” Horace says. “Initially, black police officers only patrolled black neighborhoods. They weren’t allowed to arrest white residents. They also weren’t allowed to ride in police cars and, during roll call, white officers sat while they stood.”

Horace drives this point home with several personal stories. In one story he details being randomly attacked by a police dog in Philadelphia putting his collegiate career in jeopardy. In another he tells a story of a gun being placed to his head by a fellow police officer. In addition to acknowledging the racism that is engrained in many police departments we must also recognize the bias that all humans carry and how those biases can become deadly.

“Implicit biases are attitudes and assumptions ingrained in our subconscious…We all have these biases. They don’t necessarily make us bad people. They just make us people,” Horace pens. But, he is quick to point that that bias becomes dangerous when “they are held by someone with a badge and a gun, and the power to take a life.”

The meat of the book focuses on Horace’s time in the New Orleans and Chicago police departments where he puts a human face on the challenges he faced as a police officer and a black police officer. He highlights a broken system that trains police to look at situations in terms of wins or losses instead solutions to solve a problem.

As for the conflict between police and black people Horace firmly puts the onus on local, state, and federal officials who put polices in place that dictate how law enforcement are to police the public. He says the police are “merely the flashpoint” of the intersection between public policy, mentally ill people, and the public.

Staying with that theme Horace points out how ill equipped police are in responding to the mentally ill who are 16 times more likely to be killed by law enforcement and account for half of the annual deaths at the hands of the police. Simply put, police are not trained to identify nor mitigate such mental illnesses such as schizophrenia and bipolar disorder.

“Officers respond to emergencies with lethal force where urgent care may be more appropriate…The result? We are unnecessarily killing mentally ill people and using cops to do it.”

The solution? It requires that we reimagine how police function in society.

“Do (the police) stand apart from societal norms or will they uphold their motto of ‘To Protect and Serve’? Are they to be looked at as the men and women who sweep up the refuse left by our refusal or inability to tackle societal problems, or are they partners in our efforts to provide a vibrant and supportive community for all? The decision is ours.”

KEY QUOTE: “The wrongs inside police departments are not about a handful of bad police officers. Instead, they reflect bad policing procedures and policies that many of our departments have come to accept as gospel. To fix the problem requires a realignment of our thinking about the role police play and how closely they as a group and as individuals are knitted into the fabric of society. Do they stand apart from societal norms or will they uphold their motto of “To Protect and Serve”? Are they to be looked at as the men and women who sweep up the refuse left by our refusal or inability to tackle societal problems, or are they partners in our efforts to provide a vibrant and supportive community for all? The decision is ours.”

BONUS: Hear Horace talk about his book and his experiences of being a cop and being black on The Black Arm of the Law podcast.

BONUS II: Hear Horace read the introduction to his book.

DID YOU KNOW? Sunday to Saturday has a Good Reads page where we post all of the books we have read – even the ones that didn’t make the cut.

BOOK: The End of Policing

From rising homelessness that the police are tasked to deal with to shootings of both minorities and police officers to endless mental health issues involving both police officers and the population American police are simply expected to do too much.  Author Alex Vitale argues that the structure of American policing, and the U.S. legal system, protects the interests of those in power and/or with money and needs to be dismantled.  Simply put, Americans need to rethink the mission of the police and how we police those within the borders of the United States.

BOOK: Punished – Policing the Lives of Black and Latino Boys