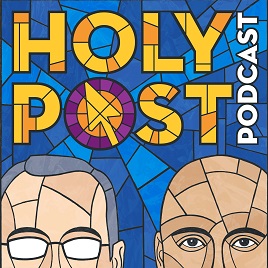 PODCAST: Is America’s Gun Culture a Blessing or Curse? with David French

SUMMARY: Host Skye Jethani and columnist David French role model what it is like to have a conversation from a shared Christian background, but disagree on specific policies. The insightful conversation touches on red flag laws, suicide and guns, the right to self defense, and whether it is a good or bad thing to have concealed carry permits. With good faith arguments made on both sides, their conversation will make you think thoughtfully about the gun debate. Skip to 32:38 to get to the interview.

KEY QUOTE: “”Arguments about gun rights have become part of the culture war in the sense that they have become to the different combatants markers of who are good or bad people. Rather than, ‘This is a complicated public policy issue with competing interests at stake and here’s how I come down on it,’ instead it is, ‘Oh, you are not for universal background checks– you are a bad person.”‘ – David French

Addressing policing, racism, and guns, co-hosts Chris Ridgeway and Adam Graber take a look at guns from a technological perspective and attempt to answer the question– are guns a technological force for good? If they are or are not, what are the implications for Christians?

Co-hosts Mike Erre, Timothy Stafford, and Bonnie Lewis knock it out of the park as they detail three ways Christians should not respond to mass shootings, but quickly pivot to the ways Christians must be different in how we approach tragedy. The foundation lies in that all humans are created in the image of God. That belief should shift our focus from political memes, partisan talking points, and platitudes to lamenting where we tell the truth with the backdrop of a loving and powerful God.

Co-hosts Ameen Hudson and Kevin Burgess (KB) engage in an genuine, thoughtful conversation with pastor Keas Keasler as they try and answer the question, “As followers of Jesus, is it okay to carry a gun?”