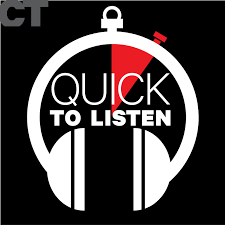 PODCAST: How to Redeem Thanksgiving

SUMMARY: Like many American celebrations, Thanksgiving has been romanticized and mythologized. True, the Wampanoag and the Pilgrims did work together for almost a generation, but the story does not end there – it is messy and complicated. Genocide, white supremacy, and forced boarding schooling are just some of the tactics that were used by white people to control the indigenous population. Does this mean we need to stop celebrating Thanksgiving? Absolutely not, but we need to tell the whole story. Skip to the 4 min mark to get to the interview with George Fox professor of faith and culture Randy Woodley.

Note that this was published in 2016, so some of the conversation centers around events (Dakota pipeline) at that time.

KEY QUOTE: “The American myth of Thanksgiving is that here (are) the settlers on the land (and) there is no talk of what happens to that land after that. It’s just that they got along good and for three days they had this festival together and they lived happily ever after and no one questions, ‘Well what happened to the native Americans after that?’ The story is treacherous and ugly that our mythology only puts in the things that we want to look good about.”

QUEUE IT UP: Sunday to Saturday has curated topical playlists on Listen Notes where you can subscribe and listen to them in your favorite podcast player.